This year’s AREA Day marked the start of an annually recurring event in which AREA Ruhr will explore traces of East Asia in North Rhine-Westphalia (Auf den Spuren Ostasiens in NRW). On 10 November 2021, two evening lectures for a general audience were held in German.

After AREA Co-Director Prof. Nele Noesselt (UDE) had welcomed the audience, the speakers and around 45 participants learned about a multitude of cultural transfers in architecture. These processes became globally momentous by the Japanese avant-garde group of the Metabolists, who celebrated their international breakthrough in 1960 at the World Design Conference in Tokyo.

The architectural firm HPP, based in Düsseldorf, took note of this event and of the international rise of modernist architect Kenzō Tange. When HPP submitted the design for the Ruhr University in Bochum in 1962, it was modelled after the Kagawa Prefectural Government building designed by Tange in 1958. The two speakers highlighted that a variety of Japanese architectural influences are visible in North Rhine-Westphalia, as exemplified by Ruhr University, the Museum of East Asian Art in Cologne or the so called SANAA building at Zeche Zollverein in Essen and the Langen Foundation near Neuss.

The lively discussion that followed then dealt with questions from the general audience, such as: How did the Japanese architects come to study and work with European masters such as Le Corbusier in France? Why did Tange rise to international fame and not, for instance, his teacher Maekawa Kunio? How is Metabolist architecture evaluated today, both in Japan and internationally? And how many Metabolist buildings do still exist? 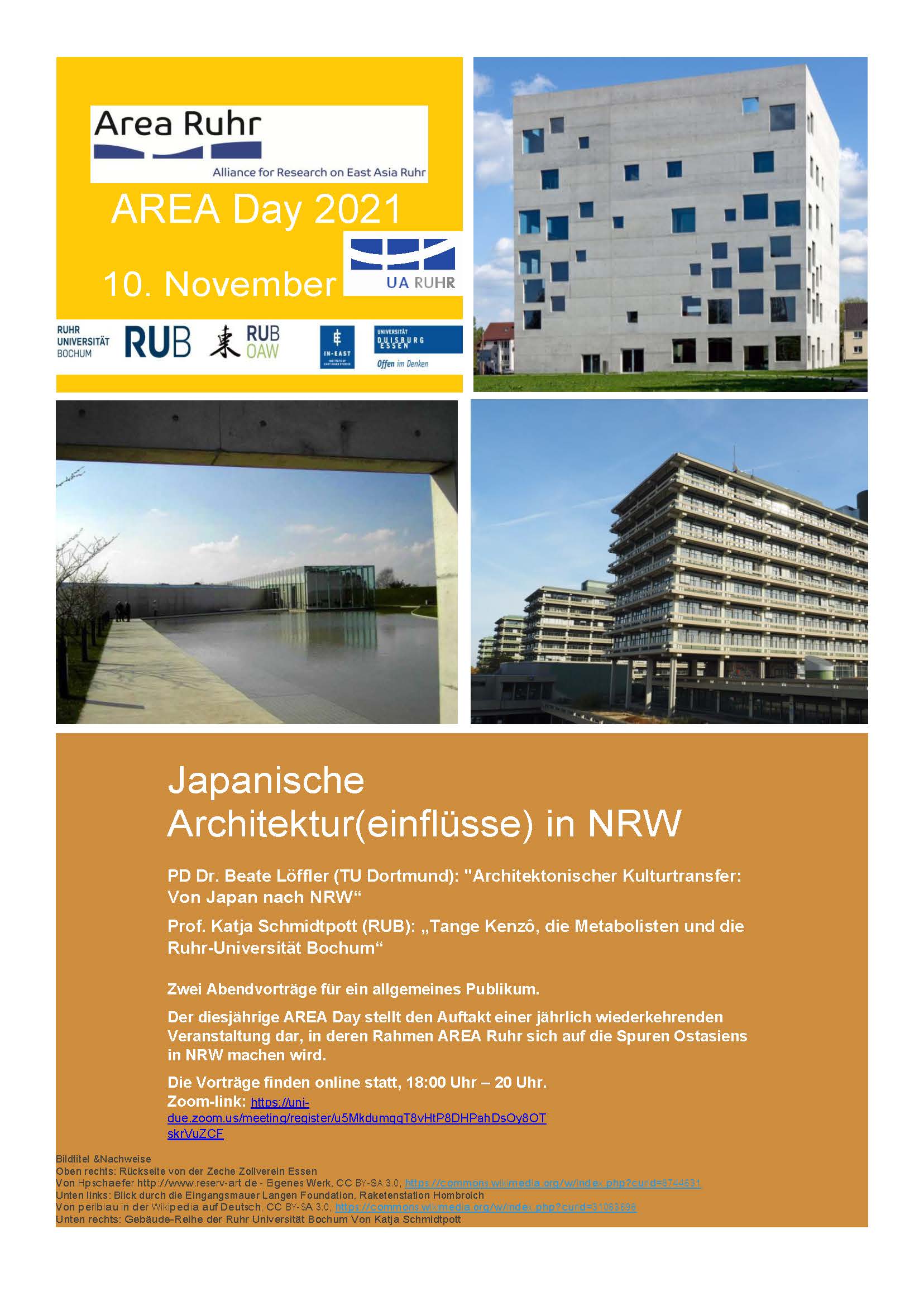