Please register with kerstin.lukner@area-ruhr.de
to receive the respective Zoom link and password for the meeting.

*Please notice that this event will start at 10 am sharp*

Abstract:
It is commonly believed that Japan’s Protestant Christian missions had imperial roots—that Protestant Christians took advantage of the expanding Japanese Empire to proselytize Japan’s new Asian subjects. But instead of beginning with Japan’s formal colonial expansion, this attempt to missionize Asia actually dates back to the early Meiji period, more than a decade before Japan’s formal empire took shape, when Oshikawa Masayoshi and his Christian friends living in Tohoku (North East)  region began surveying Korea as a future mission field.  This talk will explain the historical context in which those Japanese Christians came to find special religious interests in Korea and show that a transnational cosmopolitanism inspired by Christian ideals (instead of colonial or imperialistic desire)  served as the initial impetus for the effort to missionize Asia. 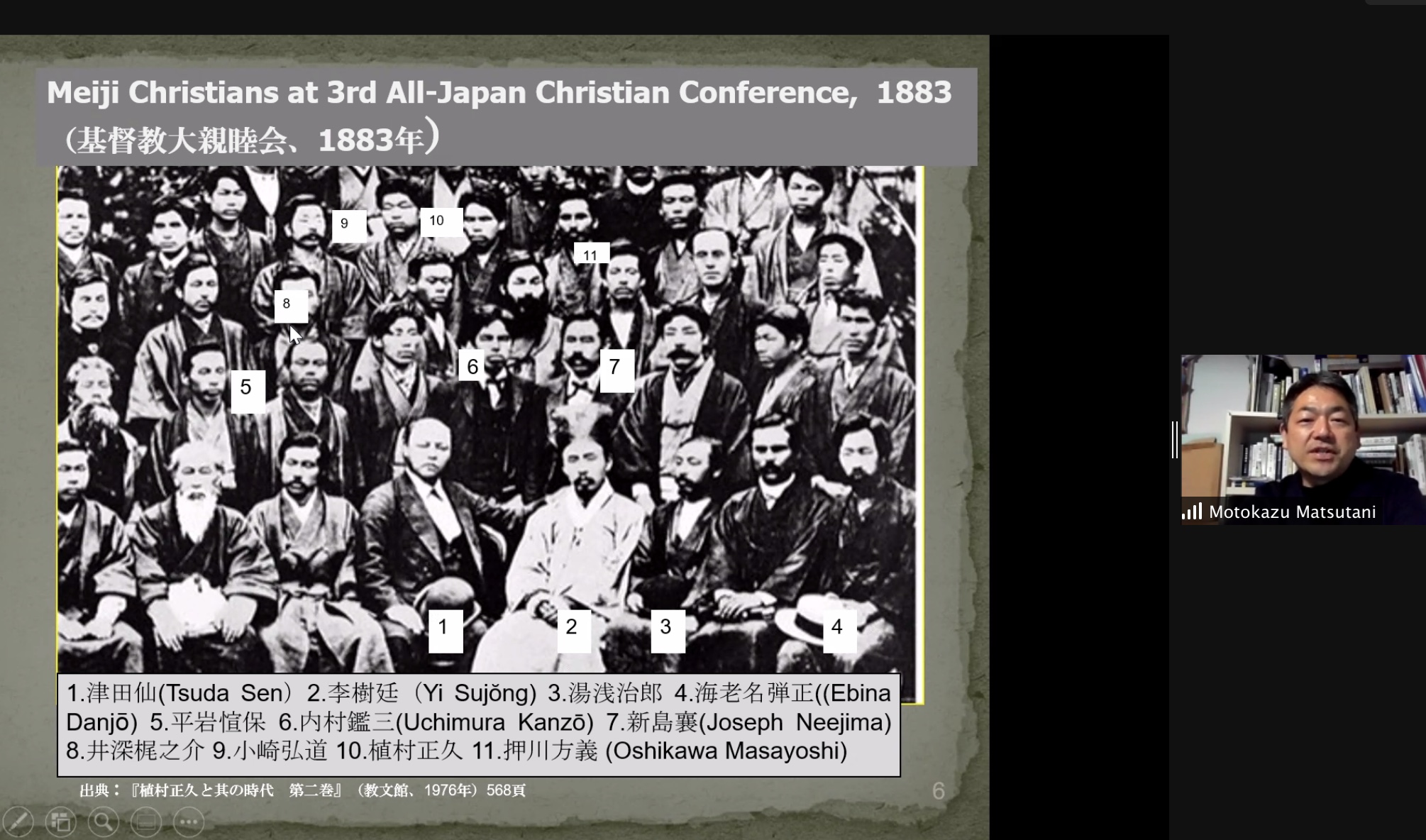 Screenshot of the Lecture